The cameras on NASA’s Curiosity rover usually look down at the rocks on Mars, divining clues in the minerals of what the planet was like billions of years ago.

Sometimes though, the rover also looks up, and in March it spotted two eclipses (eclipsi?).

Eclipses on Mars are not as total as those on Earth where the moon completely blots out the sun. The two moons of Mars are tiny. Phobos is 7 miles wide while Deimos is even tinier, just 1.5 miles in diameter. They only partially block the sun when they pass in front of it.

The camera on Curiosity’s mast is equipped with solar filters that allow it to look directly at the sun and photograph eclipses. On March 17, Curiosity observed Demios eclipsing the sun. Nine days later, it also spotted Phobos passing in front.

The observations by Curiosity, and by earlier NASA Mars rovers, Spirit and Opportunity, enable more precise pinpointing of the moons’ orbits, which are jostled around by the gravity of Mars, Jupiter, and even each other.

Although Phobos and Deimos are small, the details of their formation are of considerable scientific interest. Japan’s space agency plans to send a spacecraft to the two moons within the next decade. The Mars Moon Exploration probe, or MMX, will collect samples and return them to Earth for study. A panel of scientific experts recently approved the sample-return phase of the mission.

Methane gas is periodically detected in the atmosphere of Mars. This was once considered implausible and perplexing, but it is now widely accepted by planetary scientists. Why the methane is there is still a mystery. It could point to present-day Martian microbes living in the rocks below the surface. 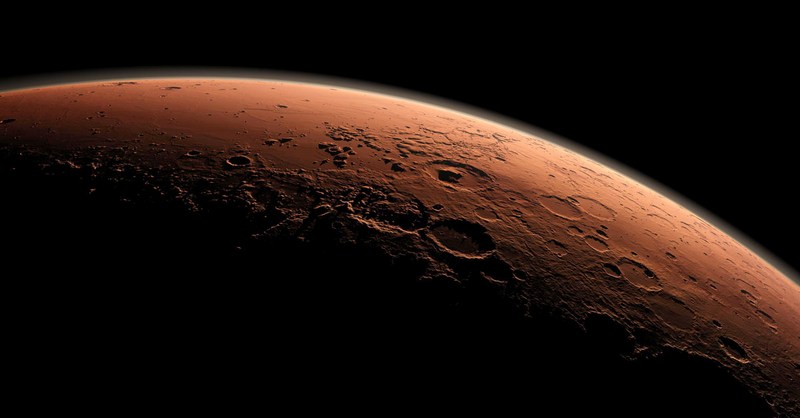 Scientists working with the ESA’s Mars Express orbiter reported that in the summer of 2013, the spacecraft detected methane within Gale Crater, a 96-mile-wide depression near the Martian equator.

In the same summer of 2013, NASA’s Curiosity rover also measured a marked rise of methane in the air that lasted over two months.

The presence of methane is significant because the gas decays quickly. Calculations indicate that sunlight and chemical reactions in the thin Martian atmosphere would break up the molecules within a few hundred years, so any methane detected must have been created recently.

It could have been created by a geological process known as serpentinization, which requires both heat and liquid water. Or it could be a product of life, specifically methanogens, microbes that release methane as a waste product. Methanogens thrive in places lacking oxygen, such as rocks deep underground and the digestive tracts of animals.

Even if the source of the methane turns out to be geological, the hydrothermal systems that produce the emissions would still be prime locations to search for signs of life.

A newer European Mars spacecraft, the Trace Gas Orbiter, which has a more sophisticated methane detector, has been in orbit since 2017, but no results have been reported as of yet.

No shame in my #selfie game. These pics help my team see the state of hardware over time. http://t.co/kQmYm7dUJ9 pic.twitter.com/CtSQODPofA

From rats to skulls to a disappearing doughnut, so-called “ufologists” claim to have seen all sorts of strange things in photos taken by NASA’s Curiosity Mars rover.

Now they’re saying that a rover photo taken in 2012 shows the shadow of a human or human-like alien “messing with” the rover.

“The person has no helmet and their short hair is visible and in high detail,” according to ufologist Scott Waring in a post on his blog UFO Sightings Daily. “The person has on air tanks on their back and a suit that covers most of the body except the hair.”

Waring goes on to wonder if the image indicates that the rover isn’t even on Mars at all but still here on Earth, or that humanoid aliens live on the Red Planet.

Of course, there’s always the (more likely) possibility that the shadow only looks like that of a humanoid creature. It makes sense that our brains would try to interpret the image this way. Humans are wired to spot patterns and even faces in images, it’s a phenomenon called pareidolia.

Here’s the same shadow from a slightly different angle taken about 30 seconds later. Yes, it still looks vaguely like a person, but if it is he or she has managed to keep perfectly still, because the figure hasn’t budged.

My thought? It’s just the rover’s own shadow.

NASA’s Curiosity rover detected a strange burst of methane gas in the atmosphere on Mars, along with other organic chemicals in rocks on the planet’s surface. These findings are raising new questions about the planet’s habitability today as well as in the past.

Using its onboard Sample Analysis at Mars (SAM) laboratory, the rover “sniffed” more than a dozen samples of the Martian atmosphere over a 20-month period. Grotzinger and his team found that methane levels shot up tenfold to an average of seven parts per billion over two months in late 2013 and early 2014, according to NASA.

The researchers aren’t sure what caused the burst, but they’ve offered two potential explanations: an interaction between water and rocks called serpentization, or methane-belching microbes. Anaerobic bacteria produce around 95 percent of the methane on Earth.

The researchers say this is the first definitive evidence of organics found on the surface of Mars. While the presence of organics doesn’t prove that life existed on ancient Mars, it suggests the planet may have had the ingredients required for life.

A paper describing the detection of methane was published online on Dec. 16 in the journal Science.